Should you File, and Then Opt Out?

The Team Approach to Tax, Finical, and Estate Planning

Plan Administrators Frustrated With IRS Attacks on 412i and 419e Plans

Taxpayers Who Previously Adopted 419, 412i, Captive Insurance or Section 79 Plans are in Big Trouble

In recent years, the IRS has identified many of these arrangements as abusive devices to funnel tax deductible dollars to shareholders and classified these arrangements as listed transactions." Insurance agents, financial planners, accountants and attorneys seeking large life insurance commissions sold these plans.
Finance Toolbox - June 2011

In general, taxpayers who engage in a “listed transaction” must report such transaction to the IRS on Form 8886 every year that they “participate” in the transaction, and you do not necessarily have to make a contribution or claim a tax deduction to participate. Section 6707A of the Code imposes severe penalties for failure to file Form 8886 with respect to a listed transaction. But you are also in trouble if you file incorrectly. I have received numerous phone calls from business owners who filed and still got fined. Not only do you have to file Form 8886, but it also has to be prepared correctly. I only know of two people in the U.S. who have filed these forms properly for clients. They tell me that was after hundreds of hours of research and over 50 phones calls to various IRS personnel. The filing instructions for Form 8886 presume a timely filling. Most people file late and follow the directions for currently preparing the forms. Then the IRS fines the business owner. The tax court does not have jurisdiction to abate or lower such penalties imposed by the IRS.

"Many taxpayers who are no longer taking current tax deductions for these plans continue to enjoy the benefit of previous tax deductions by continuing the deferral of income from contributions and deductions taken in prior years."

Many business owners adopted 412i, 419, captive insurance and Section 79 plans based upon representations provided by insurance professionals that the plans were legitimate plans and were not informed that they were engaging in a listed transaction. Upon audit, these taxpayers were shocked when the IRS asserted penalties under Section 6707A of the Code in the hundreds of thousands of dollars. Numerous complaints from these taxpayers caused Congress to impose a moratorium on assessment of Section 6707A penalties.

The moratorium on IRS fines expired on June 1, 2010. The IRS immediately started sending out notices proposing the imposition of Section 6707A penalties along with requests for lengthy extensions of the Statute of Limitations for the purpose of assessing tax. Many of these taxpayers stopped taking deductions for contributions to these plans years ago, and are confused and upset by the IRS’s inquiry, especially when the taxpayer had previously reached a monetary settlement with the IRS regarding its deductions. Logic and common sense dictate that a penalty should not apply if the taxpayer no longer benefits from the arrangement. Treas. Reg. Sec. 1.6011-4(c)(3)(i) provides that a taxpayer has participated in a listed transaction if the taxpayer’s tax return reflects tax consequences or a tax strategy described in the published guidance identifying the transaction as a listed transaction or a transaction that is the same or substantially similar to a listed transaction.

Clearly, the primary benefit in the participation of these plans is the large tax deduction generated by such participation. Many taxpayers who are no longer taking current tax deductions for these plans continue to enjoy the benefit of previous tax deductions by continuing the deferral of income from contributions and deductions taken in prior years. While the regulations do not expand on what constitutes “reflecting the tax consequences of the strategy,” it could be argued that continued benefit from a tax deferral for a previous tax deduction is within the contemplation of a “tax consequence” of the plan strategy. Also, many taxpayers who no longer make contributions or claim tax deductions continue to pay administrative fees. Sometimes, money is taken from the plan to pay premiums to keep life insurance policies in force. In these ways, it could be argued that these taxpayers are still “contributing,” and thus still must file Form 8886.

It is clear that the extent to which a taxpayer benefits from the transaction depends on the purpose of a particular transaction as described in the published ​guidance that caused such transaction to be a listed transaction. Revenue Ruling 2004-20, which classifies 419(e) transactions, appears to be concerned with the employer’s contribution/deduction amount rather than the continued deferral of the income in previous years. Another important issue is that the IRS has called CPAs material advisors if they signed tax returns containing the plan, and got paid a certain amount of money for tax advice on the plan. The fine is $100,000 for the CPA, or $200,000 if the CPA is incorporated. To avoid the fine, the CPA has to properly file Form 8918. 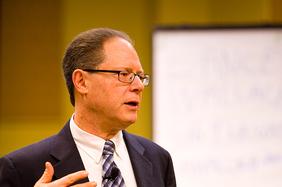